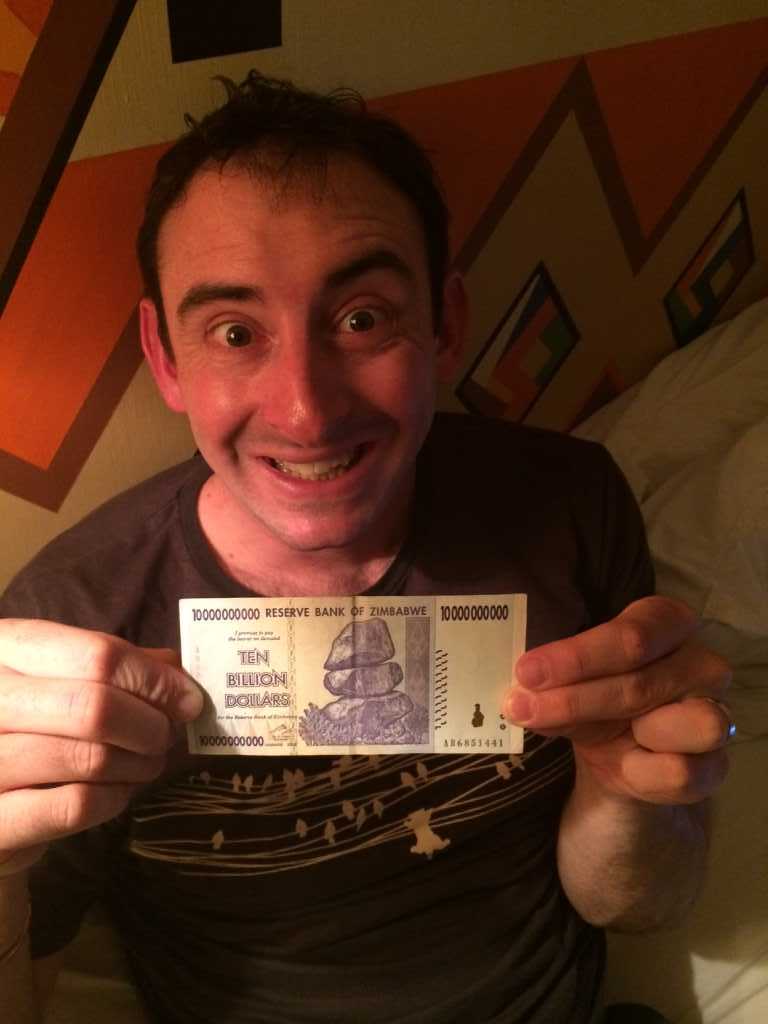 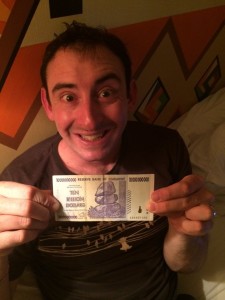 One afternoon we decided to walk across to Zimbabwe to see the Victoria Falls from the other side. I was a little hesitant to go, but Lindsay convinced me that it would be a good way to spend the afternoon. On the way across the bridge, (where many people do bungee jumping and canyon swings), there are many interesting locals in “Zim-Zam” (the land between the countries) who are happy to talk the unprepared into buying all sorts of things. We thought we were ready for the ‘salesmen’, but had no idea their repertoire stretched to trading also. On the way across we decided not to stop and look at what was for sale, but on the way back we were going to have a little browse, out of interest. We were  stopped by one guy who showed us some pretty cool copper bracelets which we negotiated to buy for $12. Then the next man bailed us up. He managed to sell us two more different bracelets for $10 each. This was supposed to be the end of our shopping experience. But then, along came the highlight of our afternoon. This guy stopped us and although we had decided we wouldn’t buy anything else, he managed to re-convince us! He tried to sell us more bangles but we said we had more than we wanted and that we had to travel light so unfortunately we’d be no use to him!  But, on spotting my father-in-law’s anti mosquito wrist band that I had borrowed for the trip, he made us an offer we couldn’t turn down – ten billion dollars for the wrist band. We bought a couple of small carvings for $7 to “help him get home”, took our ten billion dollar note and went home with big smiles. I thought about whether it was ok to trade a wrist band that wasn’t mine after the bliss of being a billionaire wore off. By the way, it was a Zimbabwean 10 000 000 note, which we knew was worthless financially, but very valuable from an entertainment value!

After our four days in Zambia we flew to Cape Town for a different type of adventure.

854 thoughts on “Becoming a Billionaire!”